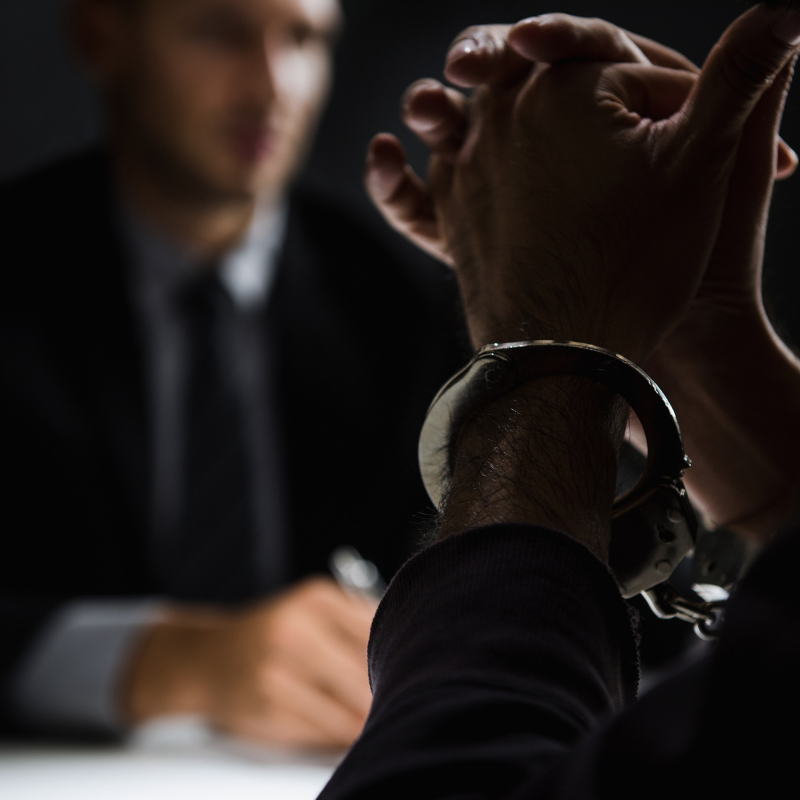 Your Life, Liberty, and Freedom are all protected under the Constitution. They form part of your Fundamental rights enshrined within the Constitutional text. Few of them are granted to you by virtue of you being a citizen and few as persons irrespective of whether you’re a citizen or not.

You are entitled to an action against the state if any of your fundamental rights are violated. That sounds fairly simple! Isn’t it?

The Constitution and the courts stand with you as sentinels of democracy whenever state actions are arbitrary and not ‘just, fair and reasonable’. If the actions of the state do not meet the test of Constitutionality, they will be held unconstitutional by an independent Judiciary.

But what if you are an accused and you’re arrested. Do the same standards of rights vest with you and can you claim a violation of your fundamental rights when the state restricts your liberty and freedom? Can an accused or a convict demand freedom and if yes then Why, When, and How? Who can the accused demand his freedom from?

These and many more are the kind of questions we will try and find solutions to in this article.

Remember that when you commit an offence, it is either of the two types – Bailable or Non-bailable.

Bailable offences are offences that are not very serious in nature. In such cases, bail is a right. This means that the arrested person must be released after depositing the bail with the police. The bail is usually in the form of a bond and the bond usually has some monetary value that acts as a security for the release. Examples of bailable offence include – being a member of an unlawful assembly, disobeying orders of a public servant, giving false statements and false evidence, etc.

Non-bailable offences on the other hand are just the opposite. They are extremely serious in nature. These include offences such as murder, rape, etc.

In this article, we are majorly concerned with bail in non-bailable offences when the accused is in the custody of the police pending trial. We are not concerned with other kinds of bail applications that can be filed by an accused – such as anticipatory bail which is filed before the accused is taken into custody.

“The issue of bail is one of liberty, justice, public safety and burden of the public treasury, all of which insist that a developed jurisprudence of bail is integral to a socially sensitized judicial process”.

Now let us answer five basic questions in relation to the concept of Bail under Criminal Law.

1. Who are the Authorities empowered to grant bail?

The law empowers two authorities to grant bail, namely 1) a court and 2) an officer-in-charge of a police station who has arrested or detained the accused suspected of the commission of a non-bailable offence.

2. Which Courts are empowered to grant Bail?

The courts that are empowered to grant bail are the High Courts and the Court of Session or the Magistrate in cases where he has the power to try the said offence. The respective courts should have territorial jurisdiction to hear your case. The powers of the High Court in granting Bail are very wide. Various considerations will be taken into account before bail is granted in case of non-bailable offences. Once the court is convinced that the release of the accused will not affect the trial of the case, bail can be granted. The Supreme Court has also held on various occasions that the Sessions Court and the High Court have complete power to entertain a bail application provided the accused is in custody.

3. What should the court consider while granting bail to an accused alleged to have committed a non-bailable offence?

At the time of deciding the application seeking bail, the court should look at and consider the following:

4. Can the court impose any conditions while granting bail? If yes, then what are those conditions?

The court is empowered to impose conditions at the time of granting bail. Usually, these conditions are to be double sure that the accused, when out on bail, doesn’t commit an act which could hamper the trial and therefore affect the delivery of justice.

Here are a set of few conditions that the court may impose while granting bail:

The court may impose other conditions in the interest of Justice. However, it is to be remembered that once the court has decided that the accused can be granted bail, he cannot be subjected to any condition which is not pragmatic and is unfair. Conditions imposed must be reasonable. Onerous conditions cannot be imposed on the accused.

5. What are the grounds for the cancellation of bail after it is granted?

The court is empowered to cancel the bail and take the accused back in custody. Such powers are given to the High Court and the Court of Session.

The grounds on which a bail order can be canceled are as follows:

Hope you have found answers to the basic questions on Bail.

Law. Hope you got a good idea from this article written by Anurag. Please leave a comment if you have any question or feedback.