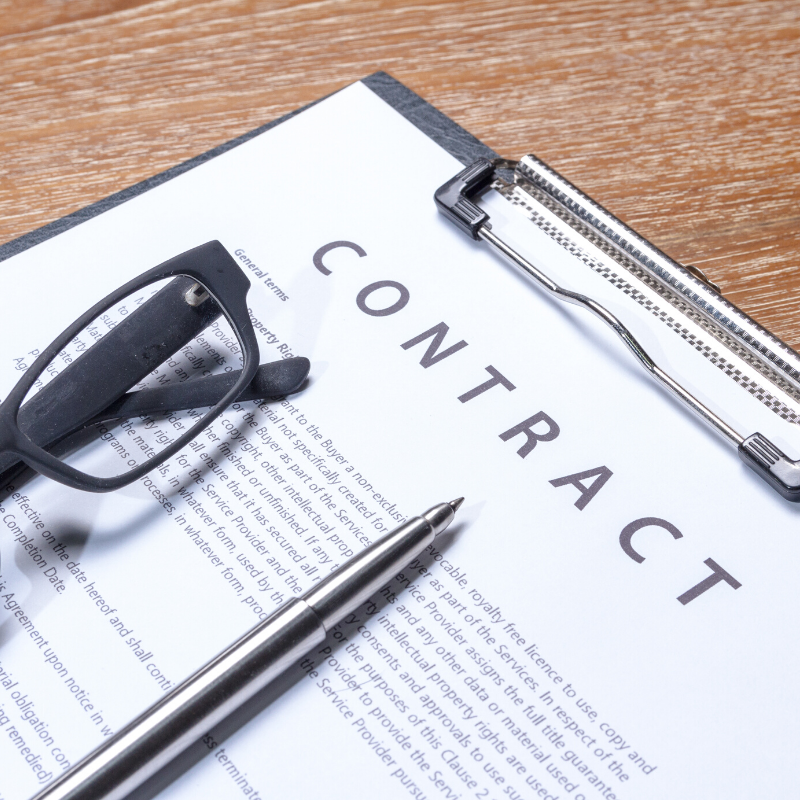 Many times, we do not focus as much on the introductory clauses of a contract as we should. We think nothing major can happen in these introductory clauses. I am talking of the clauses that precede the core contract terms ie. till the recital. This makes up what is called the “Front of the Contract”.

You might say, why, they are only the title, date, place and parties. Surely, one doesn’t goof up here.

While reviewing contracts, I have found many errors, some of them grave, in the few introductory clauses that are present in a contract. Some mistakes, as I will highlight later, had the potential to completely ruin our chances in the event of any dispute. So, let’s spend some time discussing the nitty gritties of these introductory clauses.

Before getting into the topic, I must tell you that I received ‘complaints’ on my Linkedin DM that I was not writing more on contract drafting. I know I promised to give you all a step-by-step crash course on contract drafting through this website, but I got carried away by topics like mentorship and CV building in my last few articles. Point noted, my friends. I will surely keep this in mind.

If you are new here, you can find all my contract drafting related articles here.

With that being said, let’s jump straight into the topic.

The title of the contract

It’s important that the title of the contract clearly spells out the type of business, the parties intend to undertake under the contract. It should indicate, at one glance, what the contract is about. Following are some key points to note:

It is important to mention here that the Court will not go strictly by the title of the contract for the purpose of its interpretation. If you title your contract as ‘Leave and License Agreement’ but it is, in fact a ‘Lease Deed’, the Court will, for sure, read the entire document, identify the actual purpose and interpret accordingly. So, no point being cute in the title.

Here I want to mention another point. Many times, you would notice that one adds a definition in the first sentence after the title of the contract in the following manner –

This Agreement for Sale (“Agreement”)….

This is so common and natural and one doesn’t stop to think twice before adding the word “Agreement” in parenthesis. Even I have done it for the longest time, till I read that it is not required at all. Instead of the capitalised term, if you write “this agreement” in the body of the contract whenever you have to refer to it, people will know which contract you are talking of. It is the sort of otiose drafting that makes a contract seem so unreadable by lay people.

If there are multiple contracts being talked of, then also it’s prudent to define the other agreements rather than the one you are drafting. “This agreement” will always mean the one you are currently looking at. It’s considered a case of bad contract style if the term agreement appears in capitalised form throughout the body of the contract.

For more on Contract Style Guide, here is my article.

You might ask me, why do we call it “Agreement” and not “Contract” in the title. After all, a legally enforceable agreement is a contract and by that logic, we should only title it as “Contract”.

Well, to be honest, I haven’t found an actual reason. It seems that Agreement has the better sound of it than Contract, with its two /k/ sounds. Agreement also covers all forms of arrangements and is a broader term than Contract. So let’s stick to the tradition in this case, shall we?

The place of execution

Is there even a need to mention the place of execution of a contract?

If all parties are located at one place at the time of signing off the contract, go ahead and mention the place of execution in the first sentence.

However, in today’s age, especially in the ongoing covid-19 pandemic when everybody has shifted to online mode, many times, the parties sign the contract at different locations. For those times, it only makes sense to delete the place of execution from the first sentence. Instead, in the signature block, there should be a place holder to mention the place of signing of each parties.

One point to remember here is that the place(s) of execution of a contract will be considered as one of the jurisdiction where part of the cause of action arises as per the Code of Civil Procedure. You should keep this in mind at the time of determining jurisdiction for a dispute if the contract does not mention an exclusive jurisdiction.

Another point – make sure the State from where the stamp paper is obtained matches the location of one of the parties.

The date of the contract

The date of the contract is a critical aspect since the parties are binding themselves to the obligations that date onwards.

But at times, parties execute the contract on a later date but work under the contract has already begun. This also happens at times for renewal of contract, when you want the contract to continue seamlessly but the signing of the renewal contract may get delayed. In those cases, it is okay to have the Effective Date an earlier date than the Execution Date.

For contracts which are compulsorily registrable under the Registration Act, 1908, the date of execution is very important since the Act prescribes a maximum of 4 months from the execution of a contract for this purpose.

One point to note – the date of the stamp paper should precede the date of signing of the contract.

The details about the parties

The next important part of the introductory clauses are the party names and descriptions.

This is an area where I have found most mistakes done by non-lawyer business people or rookie lawyers.

It always makes sense to define the parties suitably, to avoid writing the full name every time. I, personally, prefer to shorten the name rather than defining them as “buyer/seller/agent/customer/franchisee/client”. But functional references such as these may be used in case the agreement traditionally uses them eg. a loan agreement or where it’s a standard template for a company entering into many such similar contracts eg. agreement for software subscription.

The next thing that every lawyer adds is “which expression shall, unless be contrary to the context or meaning thereof, shall mean and include its heirs, successors-in-interest and permitted assigns”.

Ask yourself what purpose this phrase is serving. It means, tomorrow, not only ABC Ltd but its assignee XYZ Ltd (if permitted) or PQR Ltd, a company which has acquired the interests of ABC Ltd will also be considered parties to the contract. To me, this can be both good and bad, depending on which side of the coin you are. If you think deeply, any company acquiring interest in another through amalgamation or share purchase route, will ideally want to substitute themselves in the contracts for better clarity.

Moreover the contract usually contains a clause on assignment, which governs the modalities of assignment of the contract. In such a scenario, again the parties execute a document in the form of addendum to record the assignment.

Therefore, is it really required to have this expression featuring in the description of the parties?

The recital do’s and don’ts

After title, date and place of execution, parties comes the recital, an integral part of the introductory clauses of a contract.

Recitals are in fact, the background of entering into the contract. It contains a description of what each parties engage in as their business, what service or product they need or provide and an expression of interest in entering into an agreement to fulfill mutual needs.

This article turned out to be longer than I expected. Who knew there was so much to write on introductory clauses!

I hope you liked this article and learnt something new. Do comment below and let me know.