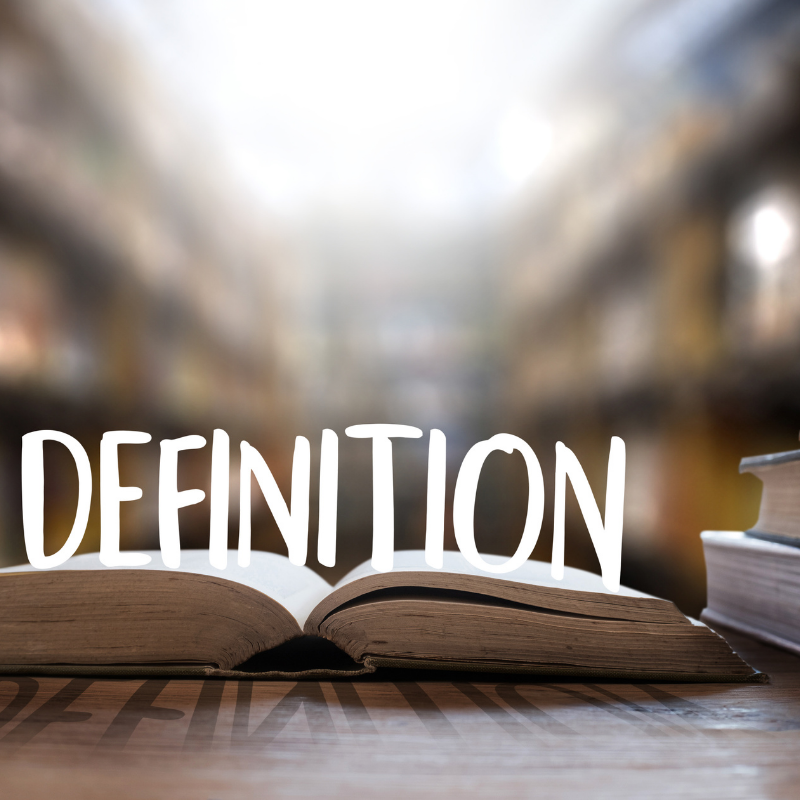 After a hiatus, I am back with an article on contract drafting, this time on the topic of the definitions and interpretations clause.

If you are a law student and have done internships at corporate law firms, you might have received a thick contract and asked to review it for consistency and cross referencing. One of your jobs would have been to see that all the definitions are capitalized and bold and have been used constantly in the entire contract.

This assignment seems straightforward; but have you ever stopped to wonder the why and how behind the Definitions clause?

Definitions play a big role in making the contract easier to read and comprehend.

Your contract may contain references to people, articles or terms which are used throughout the draft. Writing out the whole meaning every time will make your contract difficult to navigate and cumbersome to read. Definitions reduce a phrase or a whole sentence into one word, which can be used repeatedly with ease.

ABC Trading Private Limited can be defined as ‘ABC’ or ‘Seller’.

Hotel situated on JKL Road, having 80 keys, banquet, restaurants, spas and allied facilities can be defined as ‘Hotel’.

Land parcel admeasuring 2.5 acres bearing survey no 3,4 &5 located at PQR Road can be defined as ‘Land’.

Defined terms give clarity and a sense of definitiveness to a contract. It also removes ambiguity and makes a contract easier to understand.

Definitions are a very important tool in the interpretation of a contract. When there is a dispute between the parties, you as a lawyer will pour over the clause in dispute and use the definition of the key terms to understand the meaning.

To use definitions effectively and properly in a contract, one must keep a few important things in mind.

Let’s find out what are the key rules of using definitions.

1. Know the difference between ‘means and ‘includes’

While drafting a definition, you will either use ‘means’ or ‘includes’. Therefore, it is important to know when to use which term.

If you want to give a restrictive meaning to a term, then use means.

If you want to give a wider meaning to a term, then use includes. Includes automatically means that the definition is not exhaustive and it can include other things apart from what is mentioned.

Here is the same definition with a change –

Did you see the difference it made with switching of a word?

A definition can contain both mean and include but not together. Check the example of ‘Confidential Information’ below to know more.

If you want to specifically exclude something from the definition, you must do so with a clear exclusion clause. Don’t leave it to the ‘means’ clause thinking that what you have not mentioned are automatically excluded. It will save valuable time later.

2. Define all terms in one clause (and at times within the clauses)

It is a usual practice to group all definitions in the first clause of the agreement right after the Introductory clauses. It serves two purpose –

At other times, especially for a smaller contract, the defined terms are spread across the contract, appearing whenever the need for definition of a term arises. This has the benefit of –

You can choose either of the approach.

My personal favourite is the “Define as you go” method, since I find a separate definition clause cumbersome to refer to every time I come across a defined term. Usually, during a negotiation, parties tend to get stuck on this clause right at the start which stalls progress. I believe if one has the context of why that term is defined the way it is, he understands it better.

In some of the contracts I have negotiated, I have found the definitions clause at the end, which is also a good idea. By the time you reach it, you would have read the whole contract and gotten a sense behind the whole of it, which makes it easier to appreciate and understand the definitions.

So, pick and choose your method depending on the type of contract and what, according to you, will make the reading process simpler.

Let’s talk about drafting of definitions.

Most of the lawyers have never drafted a definition from scratch. We pick from templates, or from the other side’s draft, or simply google it.

I realized how tough it is to draft a definition clause when I was preparing the standard draft of a certain type of agreement at my job. I had the older template to go by, but most of the definitions had become obsolete and needed upgradation.

Here is the approach I took.

Here is an example of definition of ‘Confidential Information’.

In most contracts, the definition runs into huge paragraphs. I have tried to define it in as simple language as possible.

Such information shall be deemed to be Confidential Information irrespective of whether it is marked or stipulated as being “Proprietary”, “Confidential”, “Strictly Private” or not and irrespective of the medium in which it is stored, whether tangible or otherwise. Such disclosure may be made either directly or indirectly, in writing, orally or by drawings, plans or inspection of products, materials parts or equipment.

4. Define only if you use a term more than once (and other tips)

Here are some quick tips to keep in mind for the Definitions clause:

(i) Do not define a term which is not present in the contract. Whenever I receive a draft from the other side, I run a Cntrl + F on the definitions and find several of them absent.

Many times, a draft undergoes several rounds of negotiations and some of the defined terms get deleted. Some times, the draft is the result of a template where the defined terms are not required in the present context. Therefore, before finalizing a contract, always run a Cntr+F on the definitions.

(iii) Use a defined term only after defining it in the contract. It’s generally not a good practice to use a defined term and then mention ‘defined hereinafter in clause xx’. Definitions should appear at the first instance.

(v) If you choose to group all definitions under one clause, then list them alphabetically. It’s easier to locate them when one is looking at a physical copy.

(vi) Do not add obligations, warranties or conditions in a definition. That’s for the body of the contract.

(vii) Be aware of what all you are including in a definition and by correlation, what you are excluding. Make sure it’s aligned to the interest of your client or business team.

(viii) If you are using a defined term (A) within another definition (B), make sure to list out the definition A separately by stating ‘A has the meaning ascribed to it in the definition of B’.

5. Interpretations clause (and a sample)

It is a straightforward clause. Once you draft one from scratch, you can write or review this clause easily every time with your eyes closed.

Here is a sample for you.

In this Agreement, unless the context otherwise requires:

(a)        Clause and article headings are inserted for convenience of reference only and have no legal effect;

(b)        Where a word or phrase is defined, its other grammatical forms have a corresponding meaning;

(c)        Headings and underlines are for convenience only and do not affect the interpretation of this agreement;

(e)        Words importing the singular include the plural and vice versa;

(k)       Reference to a party to a document includes that party’s successors-in-interest and permitted assigns; and

As always I would like to remind you that you should read through the clause before copy-pasting anywhere and see that all of it applies to your contract.

Hope you enjoyed reading this article on Definitions & Interpretations clause of a contract.

Next in the series, we will begin exploring the operative clauses of a contract.

In case you haven’t checked out yet, here are all my articles on contract drafting so far.

Edited to add: I wrote a guest post on this topic for Contract Nerds, a wonderful contracts law blog by Nada Alnajafi. Do check it out.

If you enjoyed reading it, share it with your friends.